HAMISH MCRAE: A Prime Minister and Chancellor heading in the same direction is a welcome change – let’s hope it is the right direction

Boris Johnson now has a War Cabinet. The effective sacking of Sajid Javid means he has surrounded himself with like-minded people who will drive its agenda through in a way that the UK has not experienced since the early years of Tony Blair, before he and Gordon Brown fell out.

This will have a profound impact on the trade negotiations with Europe and the rest of the world.

It has already become clear that our choice is less about the hardness or softness of our relations with Europe, and more about whether we should prioritise the EU vis-à-vis the rest of the world.

Last year, exports to non-EU markets rose by 14 per cent, while those to the EU fell by 0.9 per cent. China became our third largest market after the US and Germany.

The elevation of Rishi Sunak to Chancellor fits into this shift. There have been suggestions that he will be a pliable Chancellor, taking his instructions from No 10.

That is to misunderstand the man. Look at his CV. He is, of course, of Indian heritage, was head boy at Winchester, studied PPE at Oxford, and was a Fulbright scholar at Stanford in California – where he met his wife, Akshata Murthy.

She is the daughter of the co-founder of the giant Bangalore-based software house Infosys.

He then worked, among other places, for Goldman Sachs. So not only is he a huge success in his own right, he has married into Indian high-tech aristocracy.

The Indian connection matters. It probably passed the UK last year to become the world’s fifth largest economy. By 2030, it is projected to pass both Germany and Japan to become number three in the world.

China matters, but India matters very much too. The first practical example of this Government’s drive will come in the Budget, probably still to be held on March 11, though maybe now delayed a little.

The first thing the new Chancellor has to do is to avoid mistakes. For example, there was a danger that the Government might make one over tax treatment of pensions.

While there is a case for overall pension reform, it needs to be done thoughtfully.

The next thing to look for will be whether the Government can really create policies that will boost productivity and hence growth. 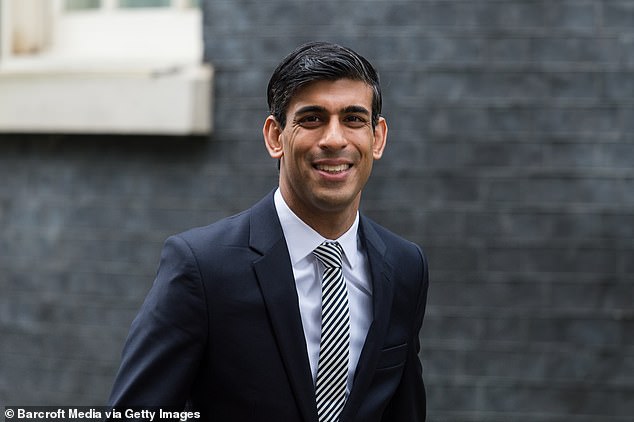 There is no magic wand, for the causes of Britain’s relatively poor productivity are complex. Our core problem is we are uneven: the best companies are global leaders but there is a long tail of mediocre ones.

The much-cited problem of poor infrastructure will presumably be high up the Chancellor’s list of things to tackle and that is something a Government can do.

It would be nice to have more faith in its ability to deliver, given the debacle over London’s Crossrail project and the deaths on the so-called smart motorways. But let’s see.

Let’s see too about the Government’s other priorities, for this first Budget of the Johnson era will be the vital statement of just that: what it plans to do and how.

It is all very well having drive, and much better than having drift. A Prime Minister and a Chancellor heading in the same direction is a welcome change. Let’s hope it is the right direction.

So the brand of the Royal Bank of Scotland is to die and its branches outside Scotland become NatWest ones. There are many lessons here. One is that longevity is no assurance of survival.

RBS was founded by Royal Charter of George I in 1727, and is even older than the Equitable Life Assurance Society, founded in 1762 – and which technically ceased to exist at midnight on December 31, 2019.

The RBS group, unlike Equitable Life, was rescued by the Government and will survive as NatWest. But the value of the RBS brand has been destroyed.

Another lesson is that the group should probably have been split into a ‘good’ and a ‘bad’ bank, as suggested by Mervyn King, then Governor of the Bank of England, back in 2013.

The good side would have become a vibrant competitor, while the bad would have run off the dodgy debts.

Still another is just how badly RBS was managed. Its chief executive Fred Goodwin carried the blame and was stripped of his knighthood. But the rest of the board was responsible too and got off far too lightly.