Barclays boss Jes Staley would be willing to tell the US authorities everything he knows about paedophile financier Jeffrey Epstein, The Mail on Sunday can reveal.

Victims of Epstein last night called on the banking chief to hand over any information he might have about his former client.

Lawyers for the victims said Staley – who joined Barclays five years ago – might have gained valuable insights, particularly around Epstein’s finances, while acting as his private banker at JP Morgan between 2000 and 2013.

As head of JP Morgan’s private bank, Staley came to know Epstein well and the pair stayed in touch until 2015 – seven years after Epstein was convicted of soliciting a child for prostitution.

Lawyers urged Staley to speak to the FBI about his dealings with Epstein – who died in prison last year – as it could help in the battle to win compensation for women who were abused, such as Virginia Roberts Giuffre, who has told how she was trafficked by the former friend of Prince Andrew.

There is no suggestion of any wrongdoing by Staley. It is understood that the Barclays chief executive has not been approached by US authorities and is unsure what assistance he could offer.

However, it is understood that he would co-operate fully if asked.

Lisa Bloom, who represents several victims, told the MoS: ‘For decades, prolific paedophile Jeffrey Epstein was allowed to victimise girls with impunity. Only now is law enforcement trying to get to the bottom of how this happened.

‘Everyone who knew Epstein for any period of time must cooperate with law enforcement, including Jes Staley, who appears to have remained close with Epstein even after his sex crime conviction. We call upon Mr Staley to do the right thing and tell the FBI what he knows.’ 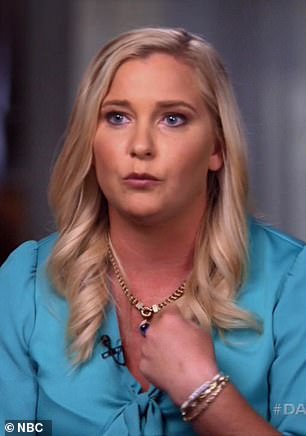 Victim: Virginia Roberts Giuffre is one of the women coming forward

The intervention came as Staley’s job hung by a thread last night.

Barclays chairman Nigel Higgins is understood to have become deeply concerned about the reputational damage to the bank after the UK financial watchdog last week launched a probe into whether Staley and Barclays had been truthful in their disclosures about the extent of his relationship with Epstein.

The Financial Conduct Authority is investigating after US regulators sent it a cache of emails between Staley and Epstein dating back to Staley’s time at JP Morgan.

City sources said the FCA investigation had triggered a power struggle at Barclays as board members faced potential criticism for his appointment.

Barclays directors are understood to have been shown the cache of emails before they gave Staley their backing ahead of a crunch vote on his future in May.

The probe into Staley’s longstanding relationship with Epstein was launched in December but only came to light last Thursday.

A friend of Higgins told the MoS: ‘Clearly the current board is worried. I think the chairman is very stressed about it. [Nigel Higgins] is a nice guy, he’s quite a straight-shooter. I think they’re going to get rid of Staley.’

Staley has thus far received the full backing of the board in public.

Last night an influential MP slammed the Barclays board for sticking by Staley. Meanwhile, sources warned that activist investor Edward Bramson – who owns 5.5 per cent of Barclays shares – could try to use the crisis to destabilise the board.

A former Barclays executive came to Staley’s defence and insisted the bank had done nothing wrong. He said headhunter firm Spencer Stuart, which helped recruit Staley, had not flagged any issues over Epstein before he was appointed.

Hotshot City dealmaker Amanda Staveley will sue Barclays for £1.6billion this summer over the bank’s emergency fundraising with Abu Dhabi investors at the height of the financial crisis.

The legal action is due to start in June after a separate criminal case against Barclays’ former executives has concluded, according to details buried in the bank’s annual report. 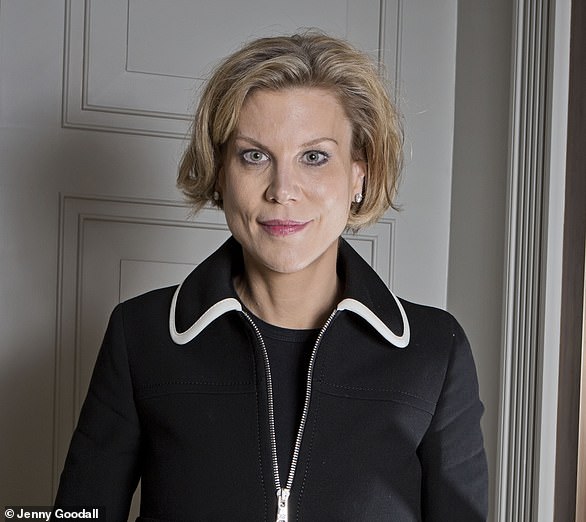 It is thought that the case will last eight weeks. Staveley, who once dated Prince Andrew, brokered a £3.5billion investment by Abu Dhabi’s Sheikh Mansour into Barclays in 2008.

Her company is estimated to have made about £40million from the deal. Investors from Qatar also took part in the fundraising, which raised a total of £7billion for the bank.

Staveley, 46, from Yorkshire, will argue that her investment firm PCP Capital Partners is entitled to the same fees paid by the bank to the Qatar investors, who received £322million.

Barclays has stated that her claim is now worth £1.6billion due to interest and charges.

Staveley’s case has been postponed so that it does not prejudice the verdict of the jury in the ongoing case brought by the Serious Fraud Office.

The former executive, who asked not to be named, said: ‘Anyone who runs a wealth management business constantly meets and encourages people who are wealthy. All I know is Jes is a person of the highest integrity. It wouldn’t be a sin to engage with wealthy people – and many wealthy people have skeletons in their cupboards.’

Staley visited Epstein during his 13-month prison sentence in 2008 and again in 2015 on a boat trip with his wife to Epstein’s Caribbean retreat, later dubbed ‘paedo island’.

The visit took place just months before Staley was named Barclays chief executive in October 2015. He has said his contact with Epstein had ‘tapered off’ by that point.

He owned three valuable properties, two jets and the 75-acre island in the US Virgin Islands. He was also the owner of an expensive collection of art, jewellery and cars.

It has been suggested that his estate could be used for a victims’ fund for the women he assaulted.

The Epstein scandal last summer prompted Barclays to cut ties with the flagship [email protected] business initiative of Prince Andrew, who was friends with the paedophile.

Conservative MP Kevin Hollinrake said: ‘Barclays have decided maintaining a relationship [with Prince Andrew] would clearly bring the bank into disrepute. So they can hardly say Jes Staley’s situation – if he maintained a relationship with Epstein – isn’t problematic.’

Speaking to journalists last week, Staley said: ‘I thought I knew him well and I didn’t. For sure with the hindsight of what we all know now, I deeply regret having had any relationship with Jeffrey Epstein.’

At the company’s annual general meeting in May, investors will vote on the re-election of directors to the Barclays board. If Staley, 63, loses his board seat, his position as chief executive could become untenable.